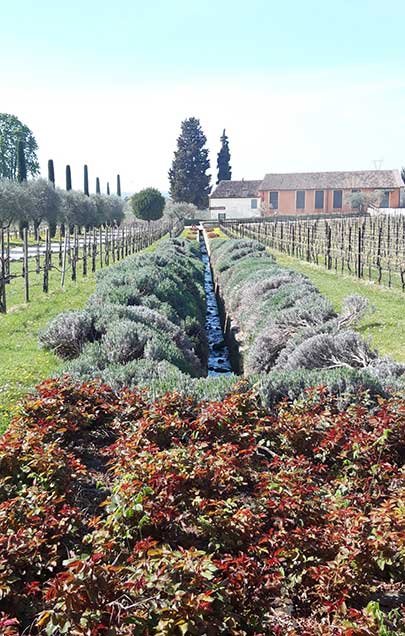 To mark Enotria&Coe’s 50th anniversary this year, we’re shining a light on 50 outstanding producers who have been instrumental to our company history. As part of our celebrations, members of the E&C team took a trip to Veneto to experience the world of Focus 50 winemaker Bertani first hand – here, Brand Manager Rosalinda Zagaria shares her highlights.

Our visit at Tenuta Novare, Bertani’s famed estate in Grezzana, began in the vineyards. The historic Bertani estate is now part of Angelini Wines, and the company’s export manager, Federico Polacco, served as our guide.

The Bertani brothers founded the winery back in 1857, and the estate is centred around a beautiful house which belonged to the family for decades. It’s surrounded by lush green hills – such a naturally beautiful place. What impressed me here was how the Bertani family has shaped the landscape over the years. They planted vines and created streams and reservoirs; everything looks flawless. Everywhere you look, there are amazing hills, the reservoir, the stream surrounding the vineyards. 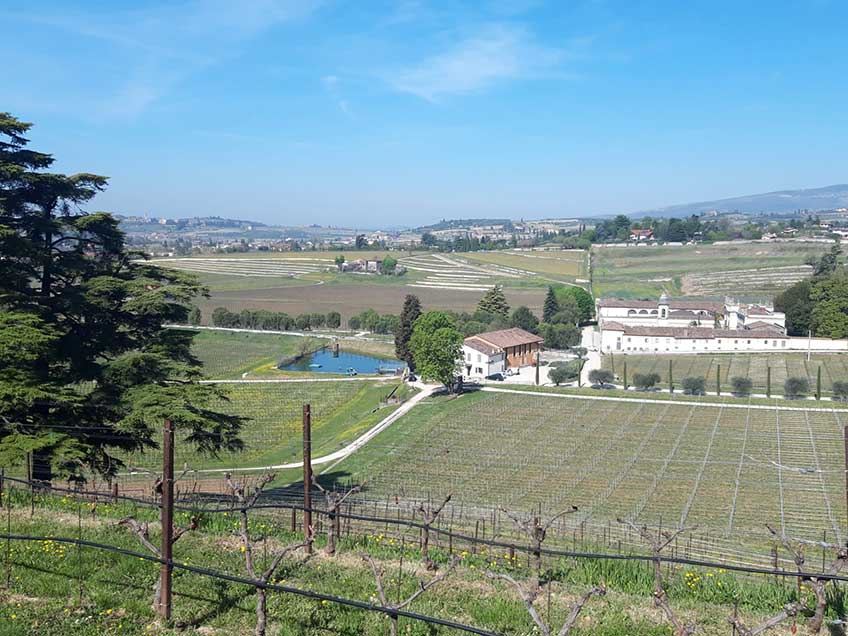 It shows dedication, because the vineyards are just perfect – perfectly aligned, very well maintained. Every row was the same as the one before, which is very difficult to achieve. The vineyards also had these lovely yellow flowers called ginestra, along with pine trees and other types of bushes. We also visited some of the higher vineyards, which were planted between 500-700m above sea level.

Where the vineyards are, there’s also the house where they dry the grapes for the appassimento process, so we visited the rooms where they have the racks. They were empty when we visited because it wasn't in season, but usually between September and December the grapes are drying on the racks there. I'll be back one day just to see that in action because it's very interesting.

After the vineyards, Federico took us to a local restaurant for lunch. It was really nice because our table was by a window overlooking the hills in the heart of the Valpolicella area. We had a starter which was quite unique – rye bread with licorice butter and anchovies. I was just blown away by the combination of flavours! It was something you'd never think to try and so good.

Then we went to the winery, which is quite big. The architecture there is very classic, with a square in the middle. We visited the rooms where the wines are aged. They had different rooms for different barrel capacities, so some housed small barrels for the Valpolicella and others had big barrels for the Amarone. Some of the big barrels had an oval shape rather than a round shape so that they could fit through the door – that was quite funny. The winery is very well maintained.

Then we went deeper down to see the ageing cellar for the old vintages. These are kept in cages, cells, with different wines ageing in them. There were back vintages from the 1800s and some of the early 1900s. The selection of old vintages showed the history here, and it was amazing to see back in time. 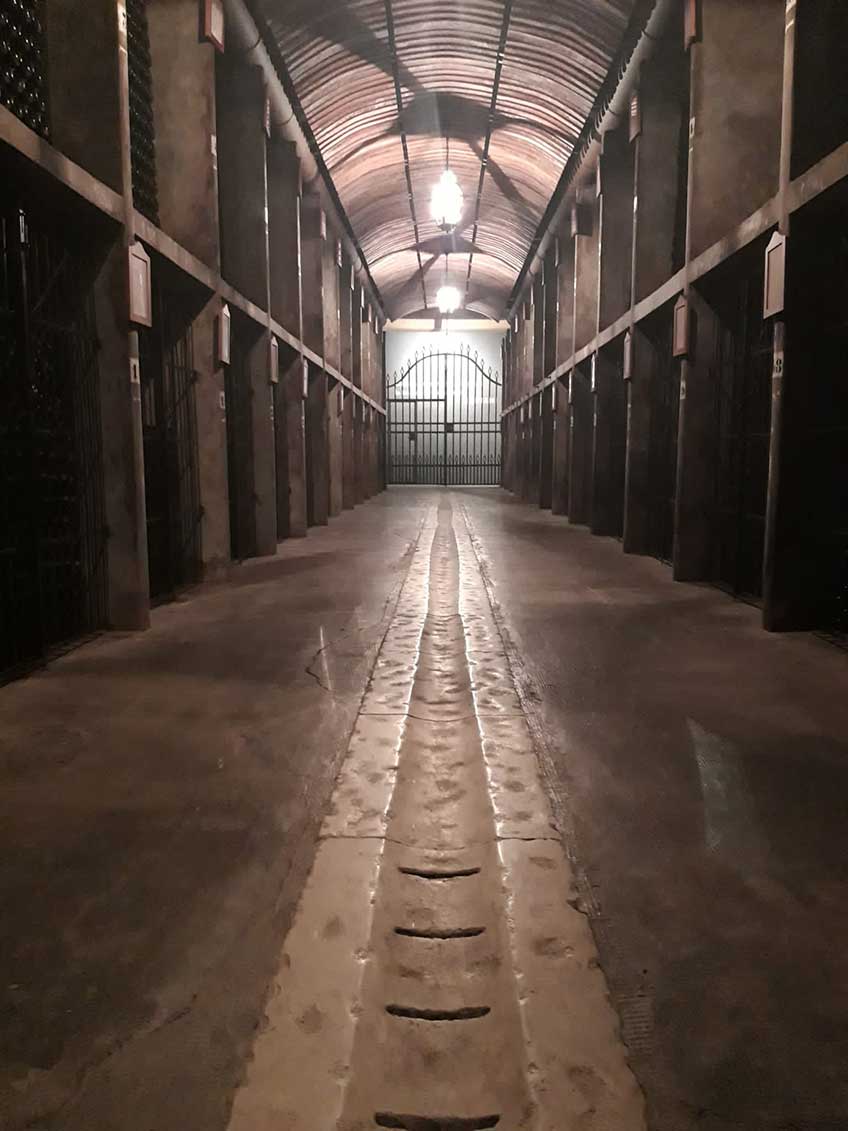 After the winery tour we had a tasting of nine wines, which basically took us through Bertani’s history. Recently they introduced a couple of wines into the range which are much more modern. The main characteristics of Valpolicella and Amarone, which they’re famous for, are alcohol and concentration, and the new Valpolicella Ognisanti and Le Miniere represent a change in style – fresher and less alcoholic – but you can still tell they're coming from the same library. Bertani’s style is quite distinctive.

If I had to use two words to define this brand, one would definitely be dedication, because you need that to produce wine in such a consistent way throughout the centuries. The other is consistency, because even when you try some of these old vintages, there is quite a lot of consistency in their flavours, their quality and their elegance. 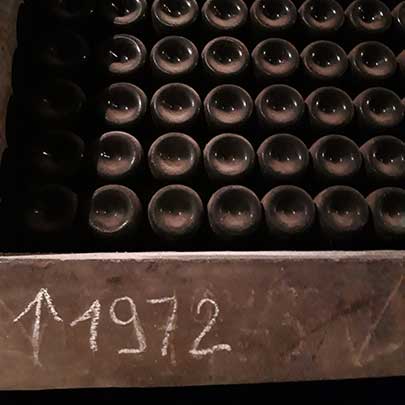 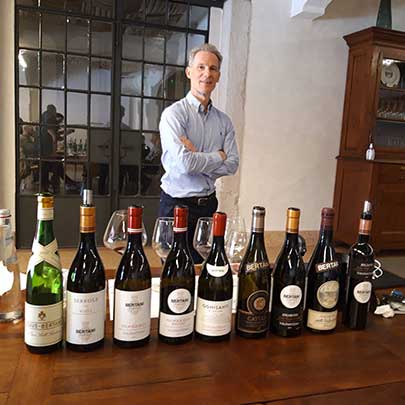