On the up with Chivite

On the up with Chivite

Navarra's winemaking history is long and checkered, stretching all the way back to the Roman conquest of Spain. While it's been in the game for years now, the region has yet to define a lasting identity, and continues to seek a path to success. Perhaps the most distinctive element of the whole region is the eclectic terroir and grapes; however, this diversity has blurred its focus and message to the world. Undoubtedly, living in the shadow of its neighbour, and Spain's most powerful brand, Rioja, has not helped their quest to greatness.

The jewel in Navarra's crown, Chivite, is one of the few success stories to come out of the region. The well-revered and super premium estate also lays claim as one of Spain's oldest winemaking families. Always at the forefront of innovation, Chivite's position amongst the best in Spain is thanks to their dedication to producing top-quality wines from the most special terroirs in the region, coupled with a strong commercial history.

With tradition on their side, Chivite is now looking to modernise and reinvigorate the brand. 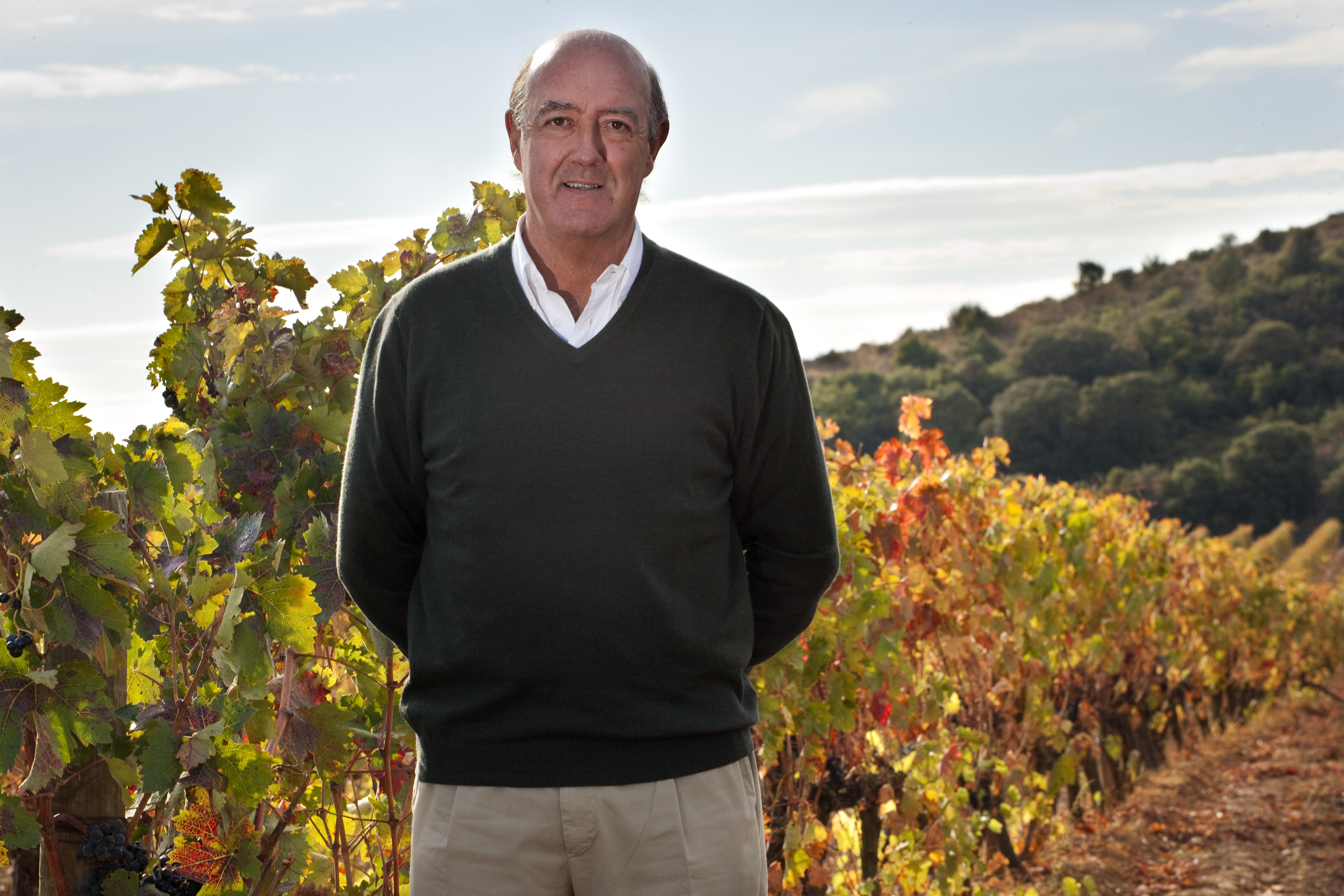 Julián Chivite, President of Grupo Chivite said, 'Chivite has constantly changed throughout its history, and is continuing to do so. We never stand still. That being said, we're now undergoing an intense period of revitalisation; refreshing the look of many of our well-established brands and launching new products such as Las Fincas Rosado, Las Fieles and the Baluarte range, which respond to market demand and occasion driven opportunities'.

Innovation, Julián says, comes thanks to small but meaningful changes, and always keeping the customer front of mind.

Historically, rosé has been perceived to be a wine lacking in sophistication- an easy drink on a summer's day, but one that cannot hold its own against serious sommelier-favoured wines, or those that work in a gastronomic setting.

However, the dial is slowly moving on this as a new wave of winemakers are following a path towards a more versatile, complex, and premium rosé. The emergence of this category has been widespread, with brands such as Whispering Angel and Minuty & Miraval taking the market by storm, whilst in Spain, Chivite is leading the pack.

Spanish wine law dictates guidelines for how a wine must be made, in order to be granted a certain level of qualification. Historically, in the Navarra region, you were legally not allowed to produce a pale-coloured rosé in the appeallation, and put DO on the bottle. While Chivite recognises that the DO system is still the number one guarantee for quality, they admit there's certainly room for innovation. So, they took it upon themselves to challenge the status quo, and pursue a path towards premium, pale rosé.

'We noticed there was a trend towards lighter coloured, more serious rosé wines at the premium end of the market. As Spain's leading rosé wine producer- with our well-known brand Gran Feudo- we could see that we were in a perfect position to take advantage of this. But we wanted it to be something different; a wine that stood apart from other Spanish rosés, and appealed to the consumer who knew his wines and knew what he wanted to drink', Julián Chivite said. 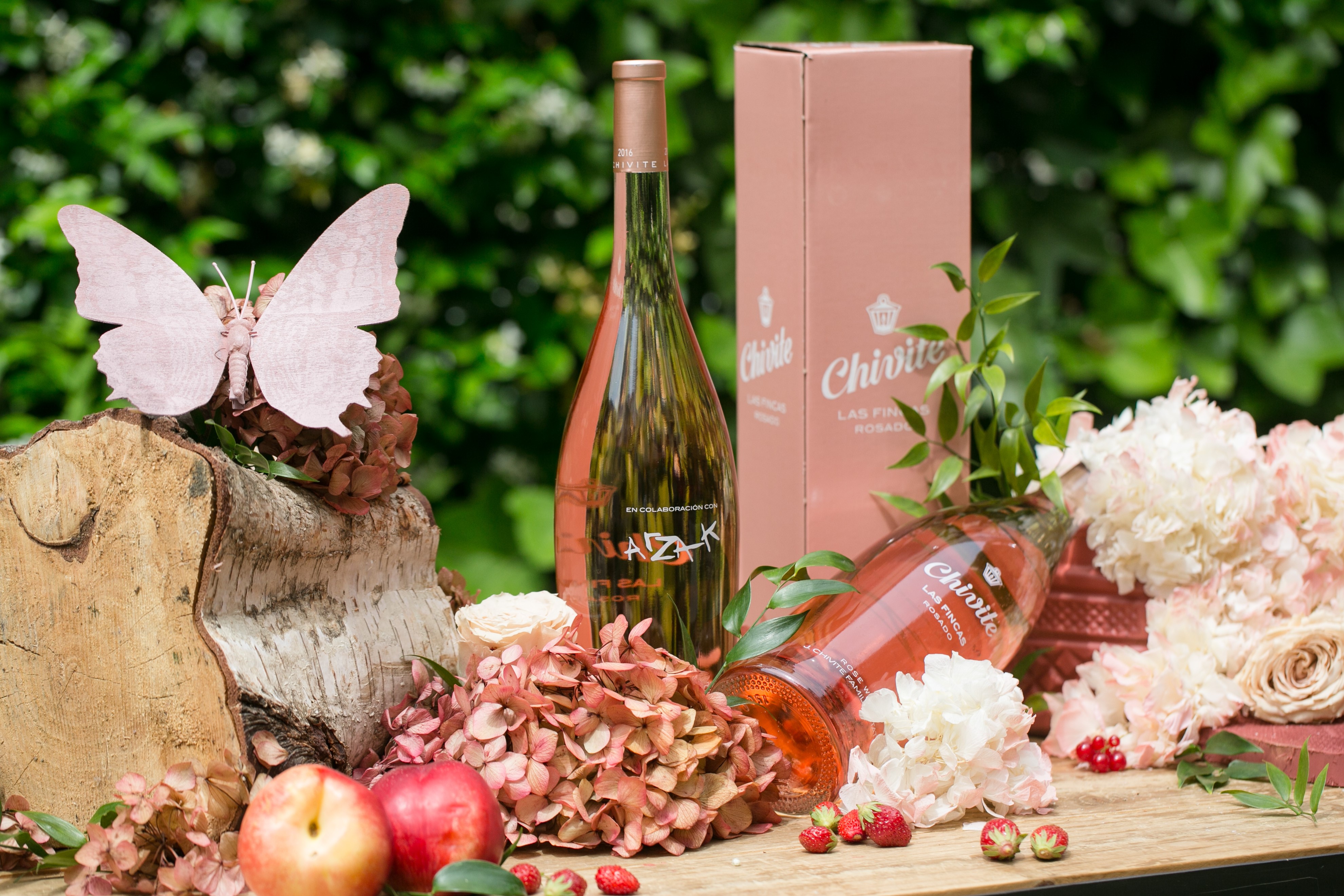 The result? Las Fincas; a fetching rosé made in collaboration with Juan Mari Arzak of the three Michelin-starred restaurant Arzak in San Sebastián - it's also the only Spanish restaurant with three Michelin stars since 1989.

Of the daring new venture, Julián said, 'My relationship with the Arzak family began long ago and over the years we have enjoyed many long evenings, gathered around the table, where exceptional food and wine were always present. And it was during those conversations that the idea of making a wine together formed. Juan Mari has always loved rosé wines and maintains that ours is the best. Thus, we began to conceptualise our perfect rosé, that wine we would always want to drink, and from there Chivite Las Fincas was conceived'.

Las Fincas Rosado is the first wine produced by the Chivite Group under the appellation of Indicación Geográfica Protegida Vino de la Tierra 3 Riberas.  For Spain, this is a new style of rosé. It’s dry and fruity, light and new, compared to the original Spanish rosés.

Back to the Future

The success of Las Fincas has been unprecedented, with strong sales throughout Spain and abroad too. This daring new wine also heralds a new era of modern winemaking for Chivite.
Looking towards the future, Julián says he’d like to continue to retain a reputation for producing fine wines from distinctive Spanish terroirs, whilst building value into our proposition, and continue to innovate and produce wines which reflect the quality and individuality of their region in Northern Spain.

When it comes to Navarra more broadly, and how winemaking will evolve, Julián says undoubtedly 'we will see that the path of offering the best of our terroir- that some of us started many years ago- will be mandatory for all producers in the quest of excellence. Only those who are faithful and devoted to the identity of their land, and those who share these values with their consumers, will conquer the most demanding palates'.