Enotria Wines was founded in 1972 by Remo Nardone. Under Remo’s leadership, Enotria became an established & respected wine specialist, building up the reputation we still pride ourselves on today. After 33 years at the helm, Remo sold the business in 2005 and retired.

Remo had moved to the UK in 1958 from Cassino, which is halfway between Rome and Naples, and famous as the site of the abbey of the Benedictine Order, Monte Cassino and also of the infamous WWII battle. Remo moved to the UK looking for adventure, wanting to study English and learn the ropes in the hospitality industry.

Remo worked as an apprentice with Italian wine merchant F. S. Matta and Hedges and Butler. He identified the opportunity for quality Italian wines in the on-trade and branched out to set up Enotria Wines in 1972. The brand-new company was registered on 14th September, and officially launched on 6th December at a glamorous reception on the Thames Embankment. The event took place at one of London’s best-known Italian restaurants of the 1970s, Villa dei Cesari. The illustrious guestlist included representatives from the Italian Embassy and the Italian Chamber of Commerce. 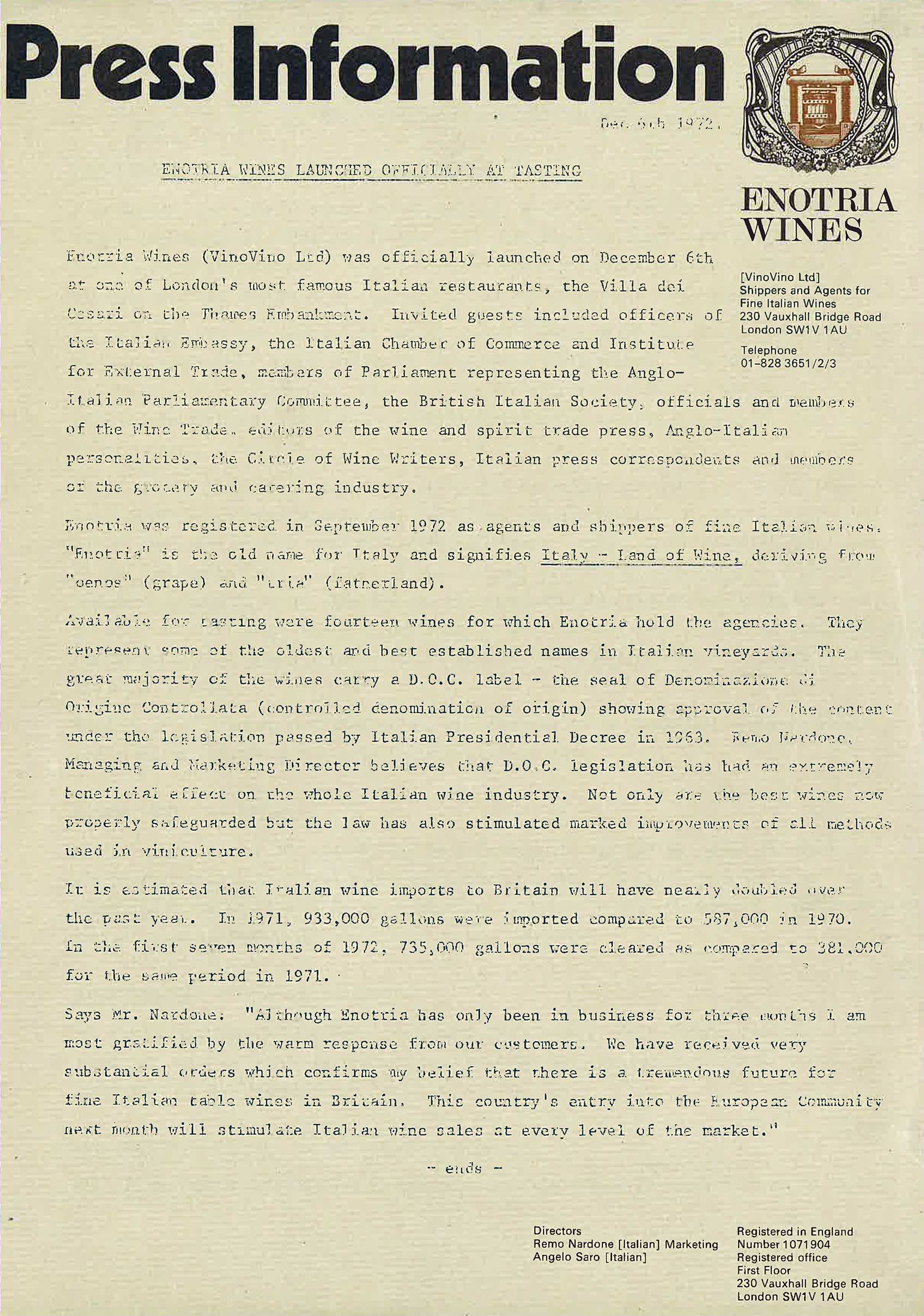 Remo had launched Enotria at a critical point in the UK as Brits were rapidly developing an appetite for Italian wines. In 1972, imports of Italian wines were up by 42%, and sky-rocketed by a further 90% in 1972. The UK officially entered the European Economic Community on 1st January 1973, giving Enotria a strong start as the category continued to grow. Collage of press clippings At Enotria’s launch event, there were 14 wines shown to guests. These represented several of Italy’s most prestigious appellations, including Soave, Valpolicella, Amarone, Bardolino, Verdicchio, Brunello di Montalcino, Frascati, Lambrusco, Asti Spumante, Chianti and Prosecco, with the promise of a Barolo to be introduced in the coming months.

The portfolio rapidly expanded further to welcome producers who are still represented by Enotria&Coe almost fifty years on. Those who are familiar with today’s E&C portfolio will recognise names like Fattoria dei Barbi and Fontanafredda. 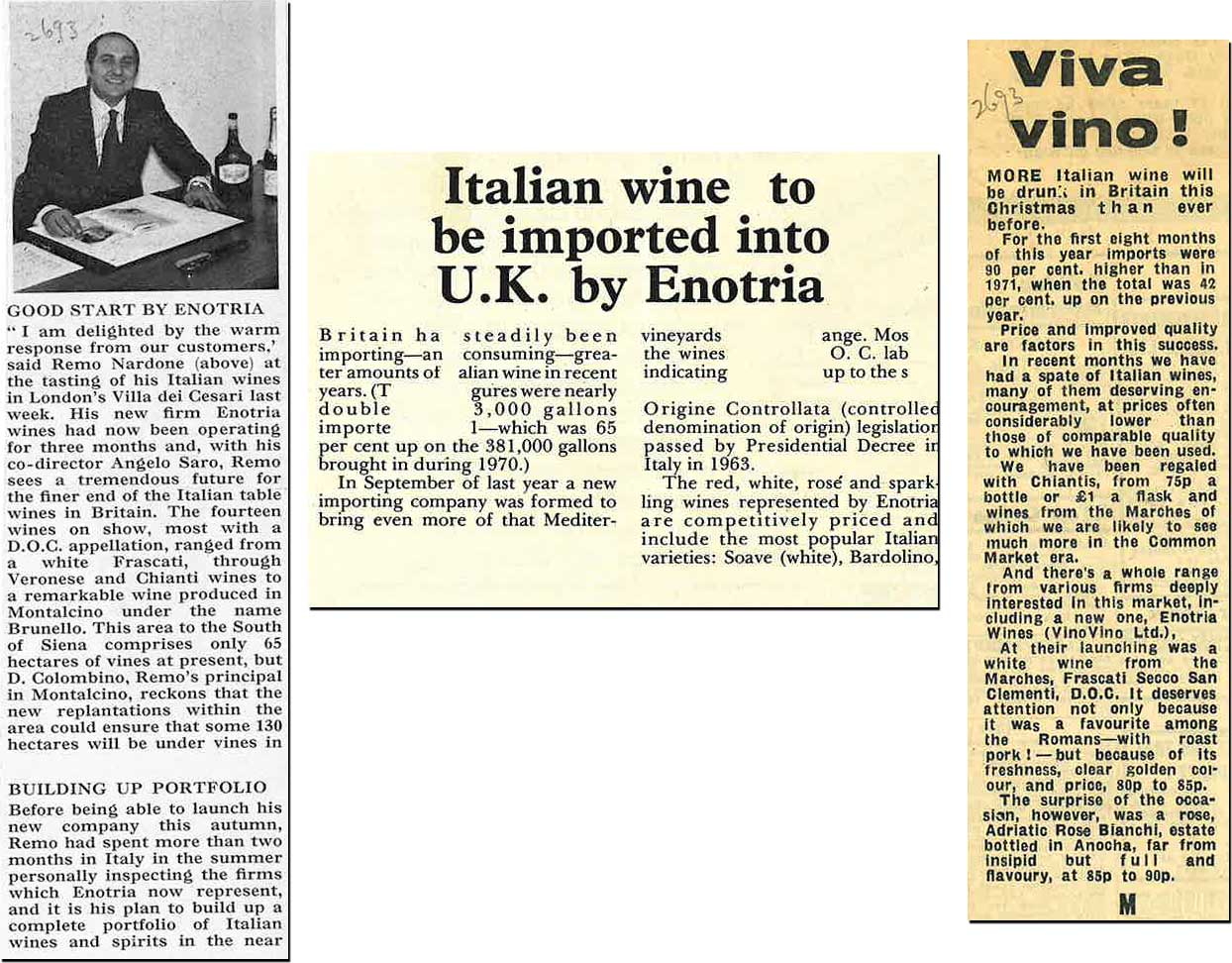 Establishing relationships in the on-trade and gaining listings was a long game, so Remo began supplying wines to the off-trade as well. He gained early listings for Italian wines at Sainsbury’s and Augustus Barnet (a major off-license chain in the 1970s). Remo made some big wins in this space with Italian wines in magnum.

As Enotria carved out a niche for itself as an Italian wines specialist, Remo set up Lynden Vintners in 1986 to market a carefully selected range of French wines. This high-quality selection was later absorbed in the Enotria portfolio as its global remit expanded. While expanding the portfolio, Remo worked closely with the wine consultant James Rogers to consolidate Enotria’s reputation.

Remo was a true pioneer within the UK drinks industry, putting Enotria on the map as an innovator, and business that embraced change. Remo made Enotria the first in the UK to:

One of Remo’s chief characteristics was being an early adopter. He was very early in spotting the potential of the now-iconic Sicilian producer, Planeta, when they made their first vintage in 1995. Remo became the first European exporter of these wines, and we are proud to represent them to this very day. Remo also imported some of the so-called ‘Barolo Boys’ in the mid-1990s and sponsored the new University of Gastronomic Sciences of Pollenzo d’Alba when it was created in 2005 by Carlo Petrini, the founder of the famous Slow Food movement. 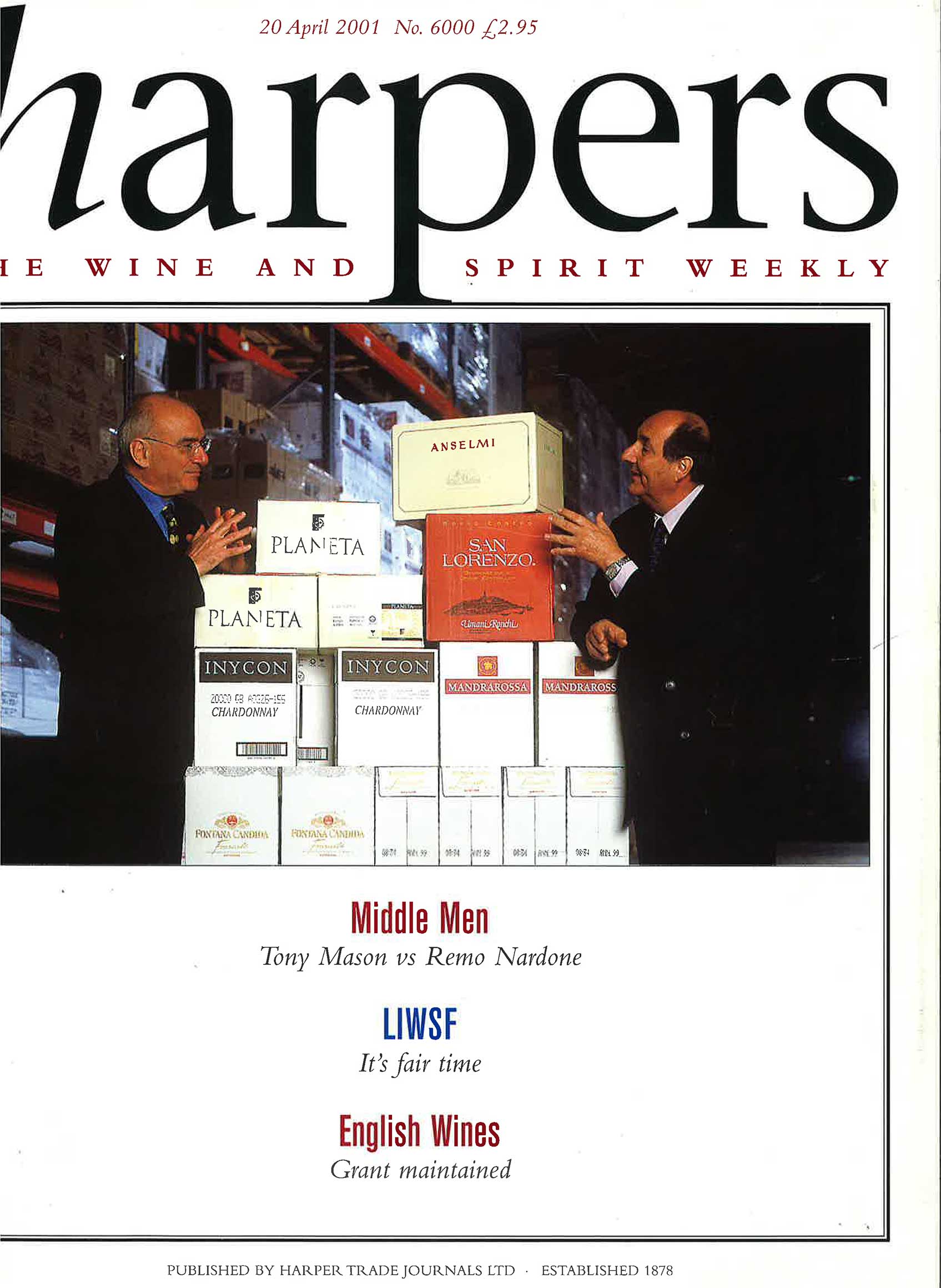 Part of our 50 Year Anniversary Series