To mark Enotria&Coe’s 50th anniversary this year, we’re shining a light on 50 outstanding producers who have been instrumental to our company history. As part of our celebrations, members of the E&C team took a trip to Rioja to experience the world of Focus 50 winemaker Sierra Cantabria first hand. Here, Demand Planner Stefanie Metcalf shares her highlights. 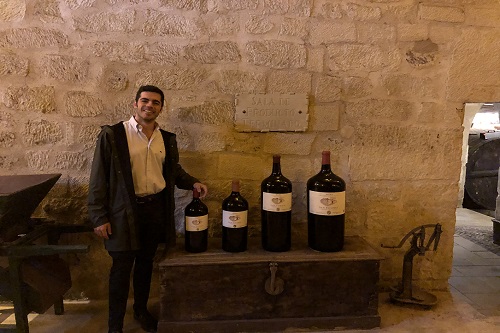 Driving southwest from Navarra to the Rioja region, the wall of the rocky Sierra de Cantabria mountains dominates the horizon. The Eguren family has been making wine here since 1870, and this towering landscape is crucial to their craft. The day of our visit, moody clouds loomed in the distance and the temperature dropped to a chilly 16°C. Mikel, a fifth-generation member of the Eguren family and our guide for the day, explained that these mountains protect the vines from any strong winds or stormy weather. The family owns several bodegas and the portfolio as a whole offers a wide spectrum of wines, both traditional and modern. 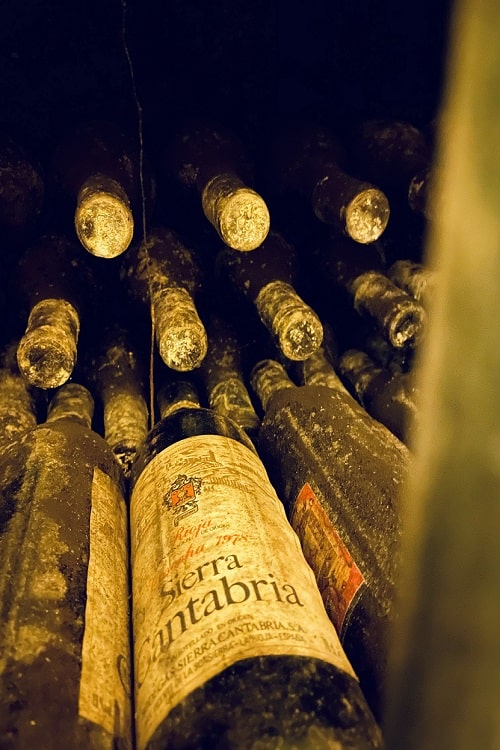 In the morning we visited the Señorío de San Vicente winery. Here we tasted the famous San Vicente: one wine, made from one grape variety, grown in one vineyard. In the 1980s, winemaker Marcos Eguren had the goal of focusing on concentration rather than volume and was looking to work with a low-yielding grape. The Tempranillo Peludo was chosen, named because of the ‘hairy’ underside of the vine leaves, and planted in nearby La Canoca, a single vineyard of only 18 hectares. At the time, this was considered a controversial decision, and much patience was needed while the project progressed. Another bold move was made three years after the first 1991 vintage, when the 1994 San Vicente was released to export outside the Reserva classification. While Sierra Cantabria risked losing a certain prestige given by the Reserva label, the move did allow Marcos the freedom to decide on ageing time and release dates, and since 1996 all bottles have the generic Rioja label. Aged for 20 months in predominantly French new oak and with malolactic fermentation, the resulting wine is a true expression of quality and terroir. 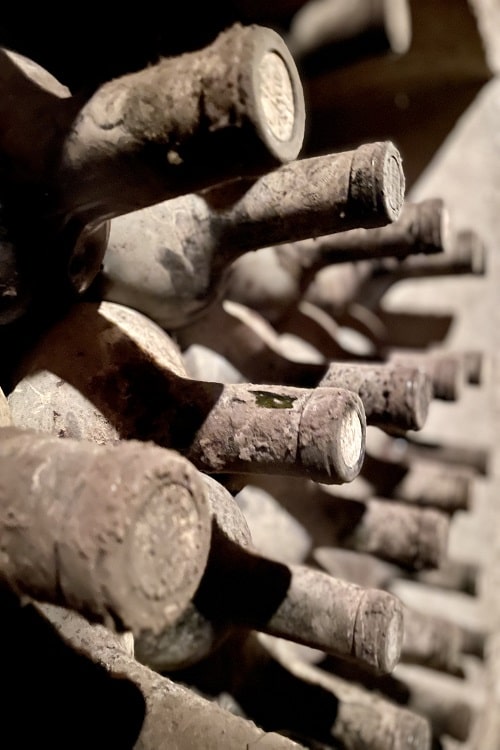 We were shown around the site of Viñedos Sierra Cantabria, where elaborate tunnels have been carved into the landscape with the excess stone used to build the impressive structure aboveground. Walking through the tunnels, we stopped for a blind tasting, a bottle picked from one of the many unlabelled treasures around us. Full marks to Spain Buyer Peter Wallbridge, who correctly identified the wine as Amancio, but we were all surprised when the year was revealed as 1998. The wine still had exceptional fresh fruit notes alongside herbal and minty tones.

Driving onto Viñedos de Páganos, we started our tasting with the elegant XF Rosado, made in collaboration with the Marchioness of Mirabel, Xandra Falco. The group favourite was the barrel-fermented white Sierra Cantabria Organza. We enjoyed coming back to this predominantly Viura-based wine as it opened up to reveal elaborate aromas with complex layers of flavour. We even had the privilege of tasting the Organza 2010 vintage with our lunch later on. We were lucky enough to have Marcos join us as we finished on the exceptional limited-edition CVC 88 Tercera Generación. This blend of three vintages – 2007, 2010 and 2012 – is a special wine made by brothers Miguel and Marcos as a tribute to their father Guillermo. 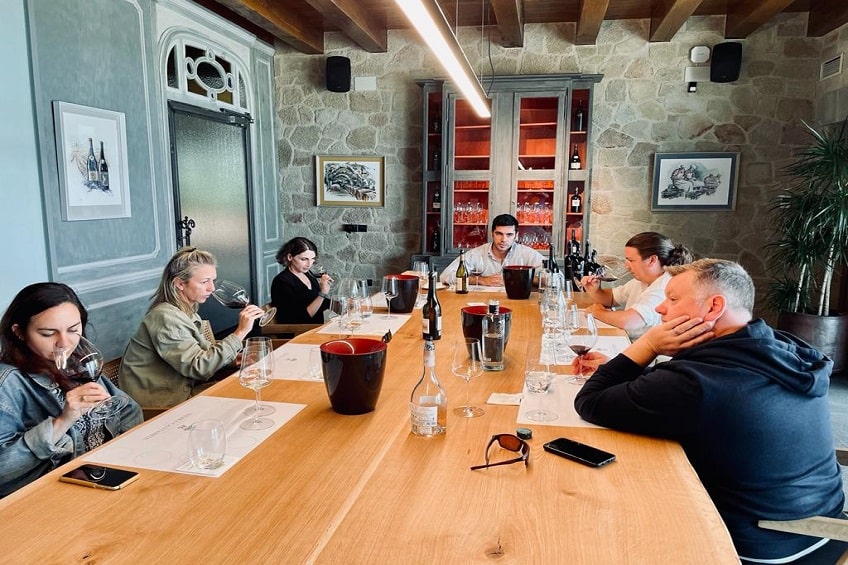 We were able to experience the wines alongside a selection of typically local dishes during the lunch that followed. At Sierra Cantabria’s El Puntido restaurant, diners have a view into the theatre of a shiny, high-spec kitchen, with the team of smartly dressed chefs busy at work. For one of our many delicious courses, the head chef brought out a very large whole grilled wild sea bass, skilfully portioning it up in front of us. The ‘death by cheese’ dessert was also an impressive and delicious take on flan cheesecake, complete with Parmesan crisp garnish. The best part of our whole experience was that we were really made to feel like part of the family. 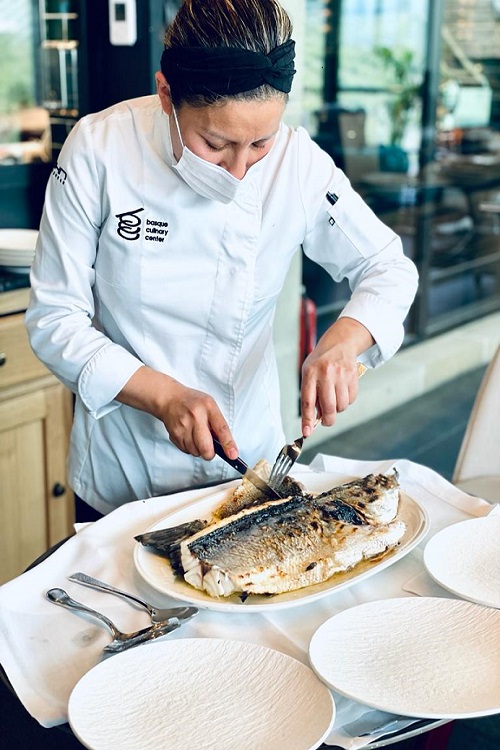